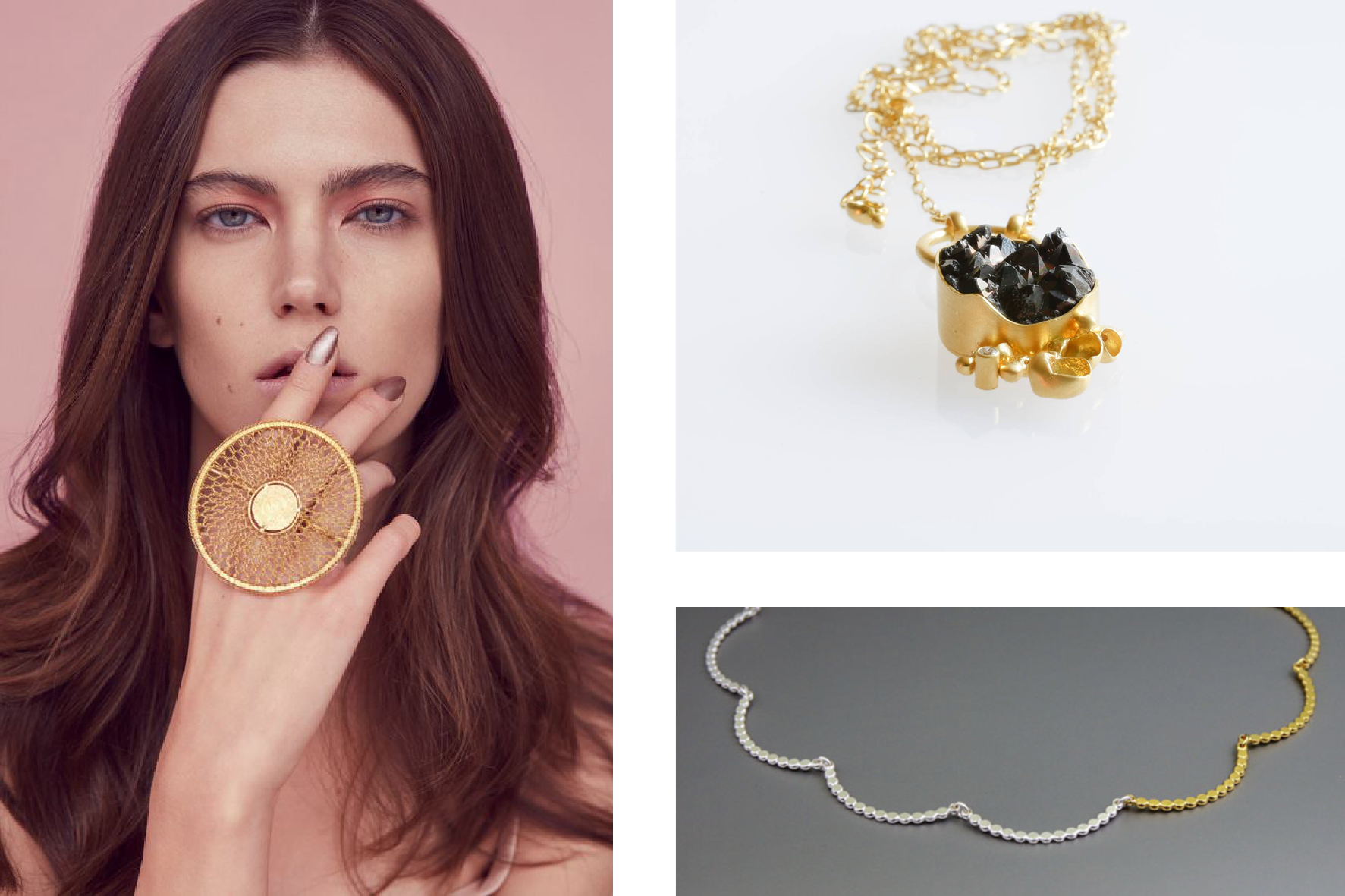 In our school, the tutors of Wytwórnia Antidotum can boast of issuing diplomas to many graduates and graduates. Among them is a group that actively designs and creates noble original jewelry. We are very pleased that with them we can share successes in this field. Each of the jewelery brands run by the graduates of the Wytwórnia AntidotumjJewelry making course has its own unique and recognizable style.

Jewelery by Frou Frou is characterized by a delicate, openwork form. The projects of Jola Gazda could be seen during several editions of the international Inhorgenta fair in Munich, as well as at the exhibition of the Srebro festival in Legnica, the Jubinale and Amberif fairs. Intricate, thread-woven metal threads appeared at the fashion shows of Warsaw Fashion Street and Mostrami and Krakow Fashion Square. Jola Gazda, the creator of the Frou Frou brand, is among the designers of the prestigious international association of jewelry makers Klimt02.

ANNA ŻYCKA
Anna Życka’s specialty are colorful enamels and Art Nouveau forms inspired by nature. The latest collection of jewelry, the designer presented at this year’s Inhorgenta. Anna Życka’s jewelry is a brand liked by fashion stylists. In 2016, the designer received an award in the Royal Stone competition. Anna’s works mention the French blog Bliss from Paris, specializing in jewelry and watches.

MIMIKRA
Mimikra, the name of the brand created by Kinga Sulej, refers to the natural phenomenon of adopting by sensitive and delicate creatures in which they appear dangerous and dangerous. Jewelery is a favorite part of jewelery for Kinga – it designs large shapes that, despite their volume, remain light and intricate. Geometric shapes, cut from the noble silver sheet, can be associated with Japanese origami copings. Mimikra appeared in Vogue Accesory, Whitelies Magazine and The Secred Code of Fashion.com. Recently, Kinga Sulej, a graduate of Antidotum, is a member of the Klimt02 jewelery community. The designer received the Amber Design Award, the Certificate of Excellence 2017 in the Arts & Crafs Design Award. He is also among the finalists of the Artistar Jewels 2018 competition, an event accompanying Milan Fashion Week.

WEROARTE
Weronika Majewska creates the name Weroarte. In 2016, her earrings from the Drop collection adorned the ear of the first lady, Agata Kornhauser-Duda, at the welcome ceremony of President Duda during his official visit to Jordan. Weronika Majewska’s projects presented the magazines “Dobre Wnętrze”, “Czas na Wnętrze” and “Weranda”. Weroarte jewelery was shown at the Inhorgenta fair in Munich and Amberif in Gańsk.

DOROTA MICHALSKA
Dorota’s works are abstractly organic forms made of precious silver and gold. Her works were presented during the Inhorgenta fair in Munich, as well as at exhibitions in Warsaw, Wrocław and Legnica. A graduate of the Antidote Factory, she runs workshops in the making of jewelery with the use of ceramic enamels.

AGA WĘGIER JEWELLERY
The picapica magazine wrote about the jewelry designed by Aga Węgier. The designer explores different styles, from contemporary minimalism, to jewelry inspired by archaeological discoveries. Her works can be seen at Polish and international jewelery fairs.

MAŁGORZATA PODLEŚNA-ZDUNEK
In 2009, she completed the course of creating jewelry in the Antidote Factory. An active designer of designer jewelry, associated in the Association of Forms of Goldsmiths (STFZ). Małgorzata remembers: Initially I tried to create jewelery myself, but without the knowledge of the workshop it was very difficult. I found Wytwórnia Antidotum – a private school of jewelry design. Here, under the supervision of goldsmiths, I learned the secrets of the profession. I graduated in designing jewelry in 2009 and opened my own studio. After a few years of work, I realized that I had to take another step. I started post-graduate studies in the design of jewelry at the Academy of Fine Arts in Łódź. (quote for “Polish Jeweler”)

Szkoła złotnictwa News What do our school graduates do?

The first private goldsmithing school in post-war Poland. Set up in 2006 has been located in the very heart of Warsaw. We offer professional design and manufacturing courses. We teach classic and amateur goldsmithing techniques. We are supported by: